With our archives now 3,500+ articles deep, we’ve decided to republish a classic piece each Sunday to help our newer readers discover some of the best, evergreen gems from the past. This article was originally published in January 2016.

And to become an all-around stronger man, you have to practice strength.

You might not have thought of strength as something to be practiced, but you ought to. According to Pavel Tsatsouline, former Soviet special forces instructor and the father of the kettlebell in the West, “Strength is a skill.” And like any skill, it’s one you’ve got to consistently work at.

Practice, Skill, and the Muscle-Neuron Connection

When you lift a heavy weight (be it yourself or a barbell), your muscles contract. That contraction begins when your nervous system sends a signal to your muscle fibers. When a movement is performed over and over again, and the muscle fibers repeatedly receive an identical signal, a more efficient neuromuscular motor pattern develops.

The process by which neurons become more efficient is called myelination. Through regular practice of a movement, a fatty white substance forms a sheath around the axons of nerve cells that allows the nerve impulse to move more quickly.

The faster your nerve cells can fire, the faster your muscles can contract, the more ingrained a motor pattern gets in your neurobiology, and the easier and more natural a movement becomes. You don’t have to think about walking because you’ve been practicing it daily for years and years. If you started playing the piano at age 30, at first it would feel very awkward, but it would become more and more instinctive with years of practice.

Thus, one way to get stronger is by practicing the skill of strength, and you do that by greasing the groove.

How to Practice the Skill of Strength: Greasing the Groove

There are two primary ways to get strong. With the first, you lift progressively heavier weights, which causes micro trauma (tiny tears) in the muscle fiber itself. The muscle fibers recover and then adapt to the load, so that they rebuild stronger than before.

The other way to get stronger is by regularly doing strength exercises with lighter reps and weight, but doing them more often than you would a heavy workout. This teaches your muscles to fire more efficiently, or in other words, “greases the groove.”

“Greasing the groove” (GtG) is a phrase Pavel coined to describe what you’re doing when you consistently practice a specific strength skill. The more you practice, the more of a pathway forms between your muscles and your nervous system. Or in other words, the more you practice, the more you “grease the neurological groove.” By regularly doing strength movements, we help the myelination process along, and increase the efficiency of the neuromuscular connections involved in those exercises. The more efficiently you can perform an exercise, the more reps you can do, and the more reps you can do, the stronger you become.

By regularly doing proper pull-ups, for example, you’re “greasing” the neurological groove that allows you to fire the muscles that are involved with performing pull-ups efficiently and effectively. Likewise, continually greasing the groove will make doing perfect push-ups feel more and more natural and easier, allowing you to gradually do more reps and building your strength in that exercise.

If you want to implement the GtG tool into your strength-building arsenal, here are the basics:

Pick an exercise in which you want to become stronger. Bodyweight exercises like pull-ups, push-ups, and dips are best for greasing the groove as they’re easier to do on a regular basis than, say, barbell exercises.

Perform the exercise several times a day at low reps. When you grease the groove, you are NOT exercising to failure. That will only lead to overtraining and would get in the way of your main strength training program and overall progression. In fact, you don’t even want your GtG session to induce fatigue.

Rather, with greasing the groove, the goal is to do lots of reps a day, spread throughout the day. If you’re using a kettlebell, you want to keep the weight relatively low. You want to practice the skill of strength, but not become fatigued by it. You shouldn’t even break a sweat. Some folks recommend doing 40% to 50% of your max weight/reps, while others say 50% to 80%. My recommendation is to start conservatively, and gradually add volume and intensity throughout the weeks and months as your groove gets ever greasier.

There’s no fixed recommendation for how many sets of an exercise you should do a day. Instead, Pavel recommends “training as often as possible while being as fresh as possible.” That sweet spot is going to differ from man to man.

Here’s an example of how a greasing the groove routine could work. Let’s say right now you can do 10 pull-ups. To get going with GtG, you’ll start off doing 40% of that, or 4 reps. You might decide to do 5 sets a day or 20 pull-ups altogether. In a couple weeks, add another rep to your sets. A few weeks later, add another. Now you’re up to 30 pull-ups a day. You’ll know if you’re adding too much too fast if you feel fatigued at the end of your set and/or the end of the day. Because you kept far from failure when you performed the exercise and you had more than adequate rest time between bouts to recover, you shouldn’t feel tired or over-trained. Instead, you should feel stronger.

Decide how to implement your GtG sets. How you decide to break up your reps throughout the day is all a matter of preference. The goal is to make greasing the groove so easy to do that it just becomes part of your daily routine.

You could have something structured like an every-hour-on-the-hour routine in which you perform your reps at the top of every hour.

If you prefer something a little less structured, just set some conditional rules that will determine when you grease the groove. One could be: “Before I sit down in my office chair, I must perform five push-ups.” If you get up multiple times during a shift, you’ll easily crank out 50-60 push-ups a day.

You could also put a pull-up bar or kettlebell somewhere in an area of your office/house that you frequently walk by. Your rule could be: “When I walk under the pull-up bar, I must perform two pull-ups.” Or: “When I walk by the kettlebell, I must perform 10 swings.” Pavel’s 60-year-old father-in-law had a similar system in place. Whenever he went down into the basement, he had to perform 5 chin-ups. He averaged anywhere from 25 to 100 reps a day, depending on how often he went down to the basement. When he tested himself a few weeks later, he was able to perform 20 consecutive reps, something he hadn’t even been able to do as a young Marine.

With the more unstructured greasing the groove routine, the reps you perform each day will vary. Sometimes it will be a lot; sometimes it won’t. That’s completely fine, as long as you’re not doing so many that you get fatigued. Remember, the goal isn’t to go to failure. It’s to practice the skill of strength so that our neurons learn to fire our muscles more efficiently and effectively.

Blast the groove. On the last rep of your greasing the groove sets, Pavel recommends that you “blast the groove” by performing the negative part of the movement (e.g., lowering yourself down on a pull-up) nice and slow. This creates an intense contraction and stimulates “synaptic potentiation.” I talked to my strength coach and buddy Matt Reynolds about this and he recommended limiting how often you blast the groove; the negative, or eccentric, part of a movement creates the most muscle damage and inflammation. This could get in the way of your recovery for your regular training. So just blast the groove on the days you’re not doing other dedicated workouts, or after the primary workouts themselves.

Focus on perfection. Greasing the groove is how we practice the skill of strength, and as we know, practice doesn’t make perfect — perfect practice does. You want to “program” the movement into your neuromuscular system as perfectly as possible, so perform the reps of whatever exercise you’re performing perfectly. If it’s the pull-up, then do a strict, controlled pull-up. If it’s a kettlebell swing, do a perfect, crisp swing. This is yet another reason you don’t go to failure or even let yourself get overly fatigued when you’re greasing the groove — if you did, your form would suffer.

The Advantages and Drawback of Greasing the Groove

There are some nice advantages to the greasing the groove method of building strength. You can easily fit it into spare moments, it keeps you active during the day, you can do it at the office because you won’t get sweaty, it doesn’t require a gym membership or special equipment, and it doesn’t leave you really tired. For that last reason, it can be a great routine for LEOs and other first responders as they need to always be ready to hit the ground running and can less afford to go into their shift totally smoked from a heavy lifting session.

GtG has a downside too, though. It will typically only help you improve in the exercise that you’re greasing the groove on. There’s little to no carryover in benefits to other exercises. So if you grease the groove with pull-ups, you’ll notice an improvement on the number of overall pull-ups you can do, but you won’t see much of an improvement in other exercises. Matt said you could see a bit of carryover from improving your pull-ups on lifts like barbell rows or inverted rows, but not much. To get stronger on your main lifts like deadlift or bench press, you need to regularly add weight to your deadlift and bench.

So instead of thinking of greasing the groove as a program in and of itself, think of it as a supplement to your overall strength-training program. It’s helped me tremendously in improving the number of pull-ups I can do so that when I do them in my dedicated training sessions I can actually hit my programmed reps. So if there’s an exercise like pull-ups or dips where the number you can do is abysmally low, consider greasing the groove to get it up.

Just like grilling a steak or speaking a foreign language, strength is a skill, so practice it! 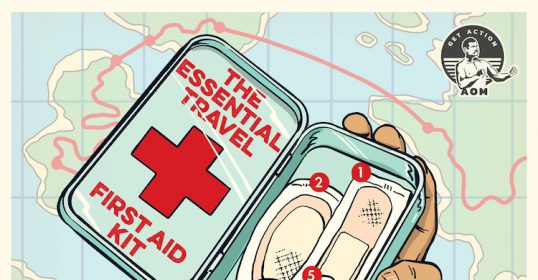 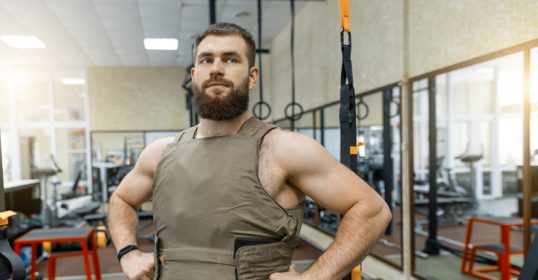 One Weird Trick for Busting Through a Weight-Loss Plateau 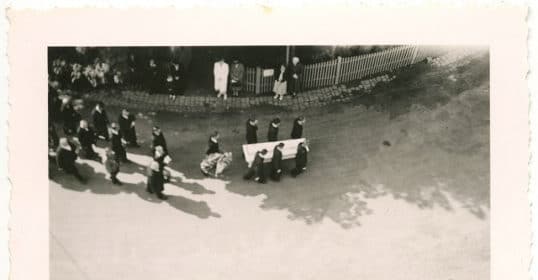 Doing Good vs Doing Nothing

Are You As Fit As a World War II GI?